Why Halloween will always be an Irish affair 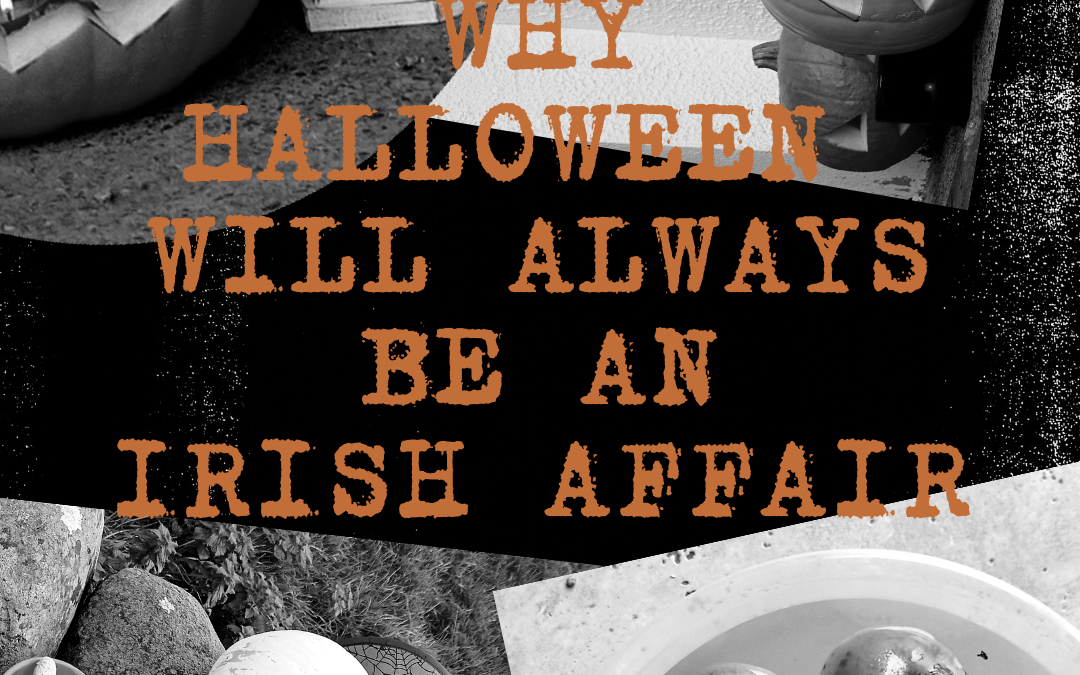 For me, Halloween is the time of year where it’s customary to be scared of ghosts, ghouls and witches. Growing up in Ireland in the 1980s, I associated this festival with the United States. My love of scary American movies and trick or treat might have lead me to believe that they invented the frightening festival.

In my village, the Irish version of treat or treat was a knocking on the doors looking not for sweets (or candy) but to scare the neighbours. It was many years later I would learn that this ghoulish tradition is, in fact, Irish.

In Ireland, we have been celebrating Halloween for more than a thousand years, dating back to when it was the pagan festival of Samhain (Which is one of four Gaelic festivals of the year). According to The National Museum of Ireland, ‘The name Hallowe’en derives from it being the evening before the Feast of All Saints (The Hallowed Ones).’https://www.museum.ie/en-IE/Museums/Country-Life/Events/Q42021/Hallowe-en-Traditions-and-Masks-Made-Easy!-(1)

My grandmother was a very superstitious lady and firmly believed that the veil between the world of the living and the dead thinned, enabling the spirits to cross over on the 31st of October. So for many years, no one in our house ever ventured out in case they’d meet the walking dead.

I used to love the run-up to Halloween when I was in primary school. It was there we learned about all the traditions surrounding Halloween. Our teachers would organise a fun week of reading ghost stories, playing entertaining games, making creepy masks, gathering nuts and eating Barmbrack. Then, on the last day, we would dress up in our face masks and dance to Halloween themed music such a Michael Jackson’s iconic song Thriller. This song also had the famous vocals of actor Vincent Price. Mr Price played Dracula on many occasions, and his voice was incredibly creepy.

As a parent, it has been wonderful to see my children continue the traditions of Halloween that I grew up in.

People like my grandmother were from an older time, and their beliefs were a mix of local customs and ancient superstitions. Superstitions might sound silly to an outsider, but Irish people believed them and took careful measures because they thought they connected with good or bad luck. So for me, Halloween was less about ghosts and the afterlife but a time filled with fun and games. Little did I realise those games my classmates and I enjoyed were also tied to the Celtic festival of Samhain. Here are a few games that my family and I have played. They are great fun.

My favourite game involves apples. Apples are associated with love and fertility. According to Clodagh Doyle, keeper of the Irish Folklore Division at the national museum of Ireland, “A lot of the games on Halloween time would be all about telling your future or whether you were going to get married”.

This game involves lots of water, apples and towels. Place the large bowl on the floor add water and a few apples. Each player kneels while placing their hands behind their backs. Take a deep breath and open your mouth, then try and bite the apple with your teeth.

This activity is great fun and is guaranteed to provide hours of entertainment. Get a substantial piece of thread or wool and tie the apple to it. Stick the string above the doorway. Hold your hands behind your back and try to take a bite at the swinging fruit.

In times past Halloween was a Harvest festival celebrated with fruit, nuts and Colcannon Dinner

Who doesn’t love a good ghost story, and what better time of year to hear one than on Halloween night. Nowadays, movies and TV are popular medium for storytelling. In Ireland, there was a time when people gathered to nearby houses to listen to the seanchaí (Irish for a storyteller, “old lore”).

My grandaunt was no seanchaí, but she could tell a good story and had a particular fondness for the scary type. She relished in these delightful tales even though my parents protested, feeling we were too young to be hearing them, especially before bedtime.

In Ireland, ghost stories are connected with ancient Irish culture and mythology. Many tales go back to pre-Christian times. An example is the JackO” Lantern or stringy Jack. The story goes Jack, a local blacksmith, met the devil and tricked him for his own monetary gain. He then managed to thwart and extract a promise from the devil that he would not take his soul. When Jack died, God refused him entry into heaven. The devil also rejected him from hell. Jack was condemned for eternity to roam the dark wet roads of Ireland. His only procession was a turnip with a gouged out centre and a lump of burning coal thrown to him by the devil. It is believed that on Halloween night, Jack and his lantern wanders the roads with only the light to guide him.

Irish People believed in the Jack O’ Lantern tale and would carve demonic faces out of turnips and potatoes to scare away his ghost. Then, they would place them near windows and doors to frighten him and other evil spirits away. https://www.museum.ie/en-IE/Museums/Country-Life/Events/Q42021/Whats-the-Sceal-Storytelling-in-Ireland-Today

Why pumpkins for Halloween?

October is the time of year when you see countless pumpkins with carved out teeth and illuminated by candles. Did you ever wonder why pumpkins are used in this way?

I was not fond of many vegetables, such as turnips, cabbage, kale, and carrots. But there’s only one that scared me were pumpkins. It was the strange round shape with its slightly ribbed skin and orange pigmentation that I found creepy. Of course, it didn’t help that they appeared in every Horrors movie that I saw when I was a child.

The famine in Ireland forced many Irish citizens to immigrate to the United States. The Irish immigrants brought the tradition with them, and it became an integral part of Halloween festivities. The native pumpkin was more available than the turnip, creating the Jack-O- Lanterns so popular today. It’s so popular that many Irish farmers grow pumpkins for this scary season. https://www.museum.ie/en-IE/Museums/Country-Life/Events/Q42021/Hallowe-en-Pumpkin-Hunt

Witches and The black cat

Have you ever wondered how this sordid image of a witch came about? These days’ movies such as The Harry Potter and TV shows like Sabrina the teenage witch have popularised magic, spells, brooms, Wizards and witches.

When I think of witches, my mind conjures up a mysterious entity who, on the first appearance, looks all pretty and innocent, but with the turn of her wand, she changes into a heinous old lady displaying her true self. She is always accompanied by her sidekick, a black cat (If you see a black cat crossing the street, you will have good luck). People believed that Black cats were spirits of witches recreated in animal form. Many believed them to be the witches helper who assisted them in carrying out magic.

Witches are derived from the word “Wicca”, meaning “The wise one”. Thousands of years ago, people lived a more primitive existence and didn’t have the luxury of modern medicine to turn to when they became ill. During those times, there was what was known as sage women who had excellent knowledge of herbal remedies. Many people went to these healers for their treatments to cure whatever illness they had. They also functioned as midwives and assisted in delivering babies, using their plant-based medicines. As Christianity spread across Europe, the church viewed healing as sorcery. These so-called witches were accused of doing the devils work. These accusations of witchcraft drove the once celebrated healers underground. The fear continued for many centuries, and legends and myths continued to evolve from it to what we know today.

Why do we wear costumes and masks?

Dressing up at Halloween isn’t only for the kids. Our local pub is renowned for its adult-themed dress-up parties with big prizes for the best costumes.

The Celts believed on the last night of the new year, the boundary between the world of the living and the dead became blurred. This belief carried on for many centuries. People were afraid of ghosts, especially the unsavoury kind. In addition to leaving food and drinks outside their doors in the hope of appeasing the spirits (especially the evil ones), people disguised themselves when leaving their house to “blend in” with the dead. In fairness, they had an excellent plan to outsmart the ghostly spirits. So they wore masks and scary costumes, hoping that if they met the undead, they would think they were one of their own.

I enjoyed writing this blog. I found it very nostalgic remembering back to when I was a child and appreciating the meaning of Samhain and its origins. Traditions are essential in connecting us to nature and the passing of time. It encourages us to continue celebrating and looking forward to our annual holidays as we face a dark, harsh winter (I live in the west of Ireland, where rain is the central theme this winter). Halloween enables us to celebrate and enjoy the wonderful month of October—wishing everyone a Happy Halloween. 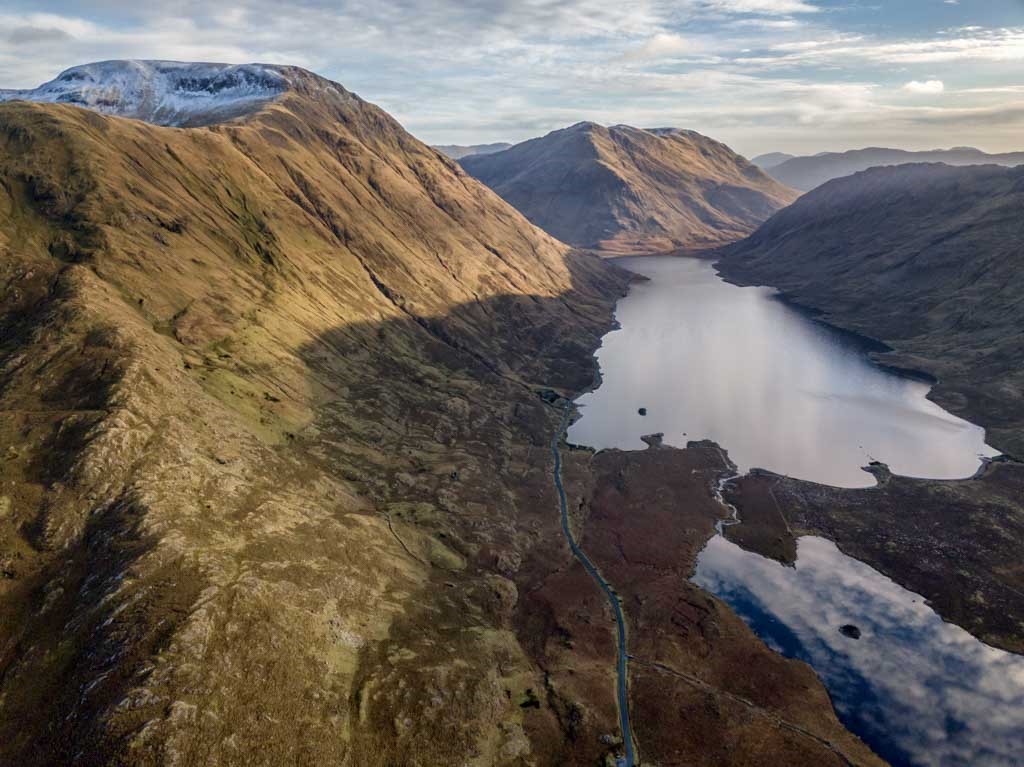